This TAPACY scheme in the UK took place in 3 areas of Kent over July and August 2016. 3 groups of young people were taught some TA concepts and then produced portfolios of work to show their understanding of the TA concepts and how they are using what they’ve learned to help them in the future.

The young people were mainly young carers.  The project was led by Kelly Donaldson, Head of Young Carer’s service at IMAGO COMMUNITY, who is in training for CTA Psychotherapy.

The young people showed their understanding  of these concepts by a number of means:

Some of them made masks to demonstrate rackets.

They made clay models for drivers 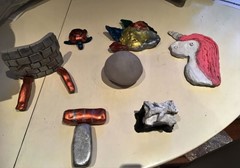 In general the young people said they felt better about themselves and communicated better leading to improvements in their relationships.  There were some overall changes observed by the teachers of the groups as the sessions went on, for example, both the giving and receiving of positive strokes increased and the types of strokes were moving from conditional to unconditional.  Young carers tend to have a great sense of responsibility as they often spend a lot of time looking after others and don’t have much opportunity to be children and as such there were some common factors observed such as Be Strong driver, a lot of Parent ego-state and/or the Victim role on the Drama Triangle. As the sessions progressed there was a development towards expressing the Free Child and showing vulnerability by asking for help to get their needs met.

There were individual examples of awareness and changes in behaviour. One group contained 3 siblings who were able to recognise their usual roles on the Drama Triangle and as a result were able to change how they behaved to towards each other.  A 12 year old girl said she had a Hurry Up driver and realised that sometimes slowing down can help her as she makes mistakes through rushing. 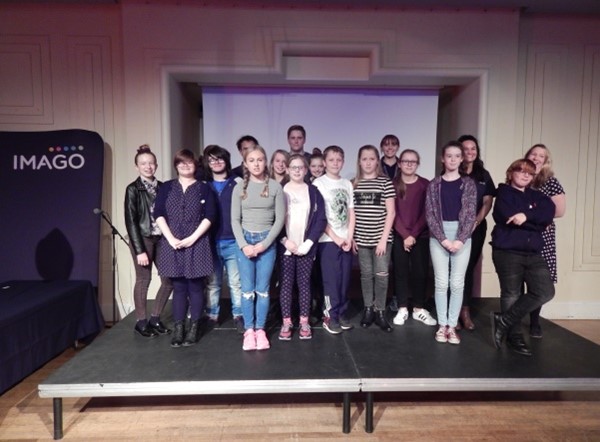 In September the 3 groups came together for a celebration event where 15 young people received the TAPACY award. Kelly reported that it was a fantastic evening and great to get the three groups together.

IMAGO are planning to teach another 3 groups in January 2017.